“I believe in everything until it’s disproved. So I believe in fairies, the myths, dragons. It all exists, even if it’s in your mind. Who’s to say that dreams and nightmares aren’t as real as the here and now?”  ― John Lennon

Last week I lost my Evee girl. She was a rescued bearded dragon and had many health issues in the short time I had her. I adopted her June 2016. She went through a broken jaw that never quite healed all the way, an infection in said jaw, a surgery to remove said infection, shots of penicillin, and so many other things. She was a trooper and was so good when I was helping her. Then one day last week she refused to eat. She was gone by the next morning.

I decided then to renovate her enclosure with the idea in my mind that I would not get another beardie until said enclosure was completed and aired out. As of last night this is what it looks like – 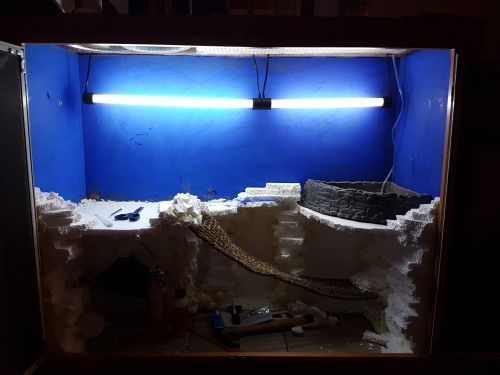 So much work to do…

Well, yesterday I went into my local Petsmart, where I frequently bought insects, to let the clerks know I lost my Evee. One in particular always asked me how she was doing. While there, I spied an adorable 6 to 8 week old baby beardie and…well…. 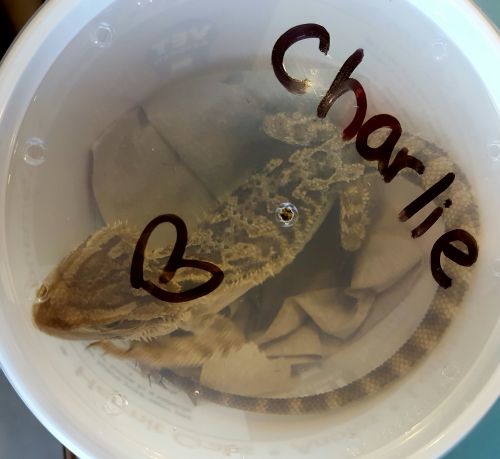 Is she not the cutest?! 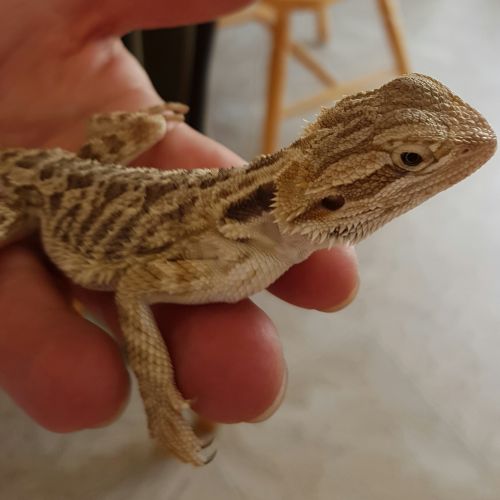 Needless to say, I have to get my ass in gear and get that enclosure done. I’m really looking forward to the summer so I can take my sweet Charlie out in the yard to play 🙂 Hence why I chose California Dreamin’ as today’s song – I’m dreaming of that warm sun and beautiful days.

The Mamas & The Papas – California Dreamin’

I'm me, I work, I play, I'm a bit unique - but I guess that's all in perspective
View all posts by NB Gwen →
This entry was posted in The Journey and tagged Baby beardie, Bearded Dragon, Beardie, California Dreamin', Charlie, happy, John Lennon, Loss, love, Supernatural, The Mamas and the Papas, Winchester. Bookmark the permalink.

Want to tell me something? Tell me here! Cancel reply

This site uses Akismet to reduce spam. Learn how your comment data is processed.